The data available through the eBird website doesn't appear there by magic. Although the cleaned and processed data is a result of computer modeling, the raw data necessary for model fitting must come from ordinary citizens making observations about birds in their areas. The eBird organization has a bird identification system that receives data from people around the world making bird observations. The organized collection of global bird data forms the essential foundation for proper scientific research into the regions occupied by birds at different times of the year.

To learn more about birding and to contribute back to eBird I installed their phone app and took the time to go birding one afternoon. I went to Central Park in the Hallett Sanctuary and the Pond in the south east corner of the park. This gave me an opportunity to directly interact with birds instead of merely manipulating abstract datasets about birds. I can learn about birds and bird datasets through this unique experience.

Sightings I reported to eBird were a Blue Jay, an American Robin, a White-Throated Sparrow, a Song Sparrow, a Northern Cardinal, and eight Mallard ducks.

I tried taking photos but I couldn't get close enough to most of them to take reasonable photos. Nevertheless, I share a few below.

My first bird was a deep red Northern Cardinal. The photo is terrible and obviously uses the digital zoom feature of my phone. 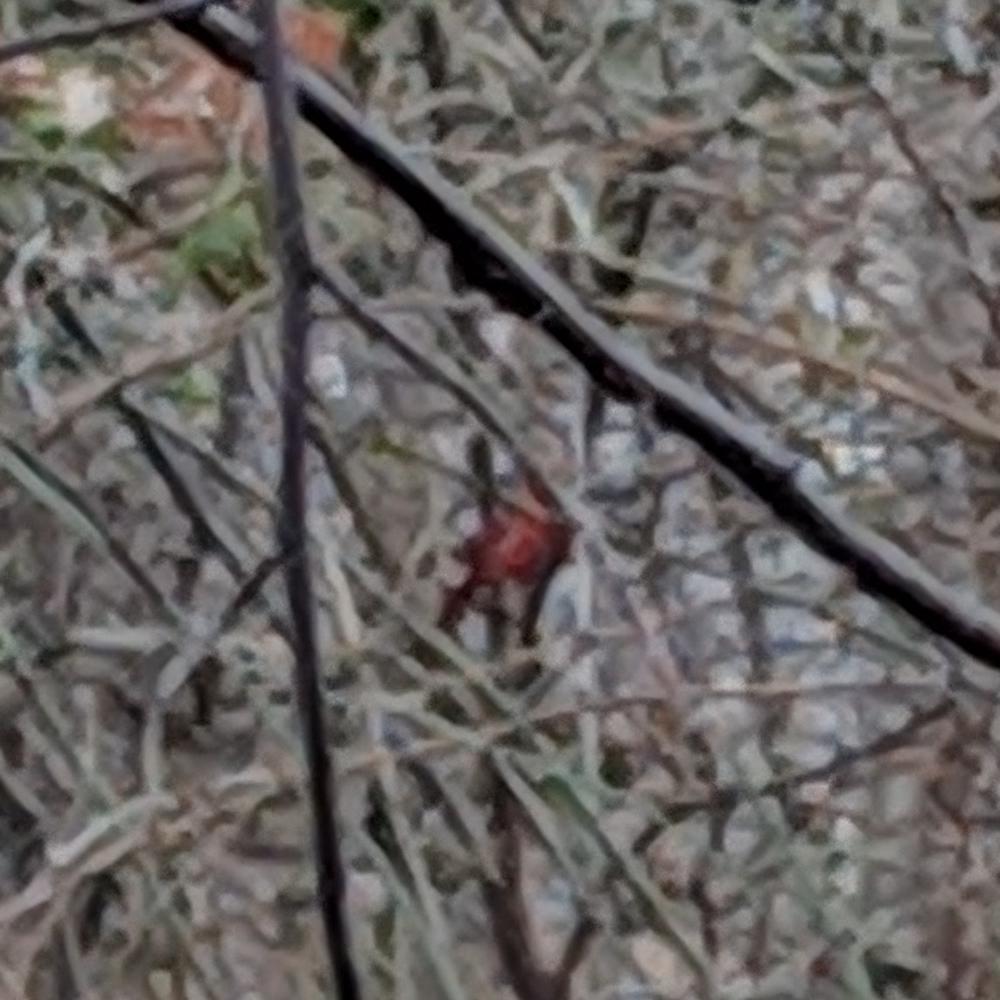 Next is a song sparrow. I saw many of these on the ground foraging for food. 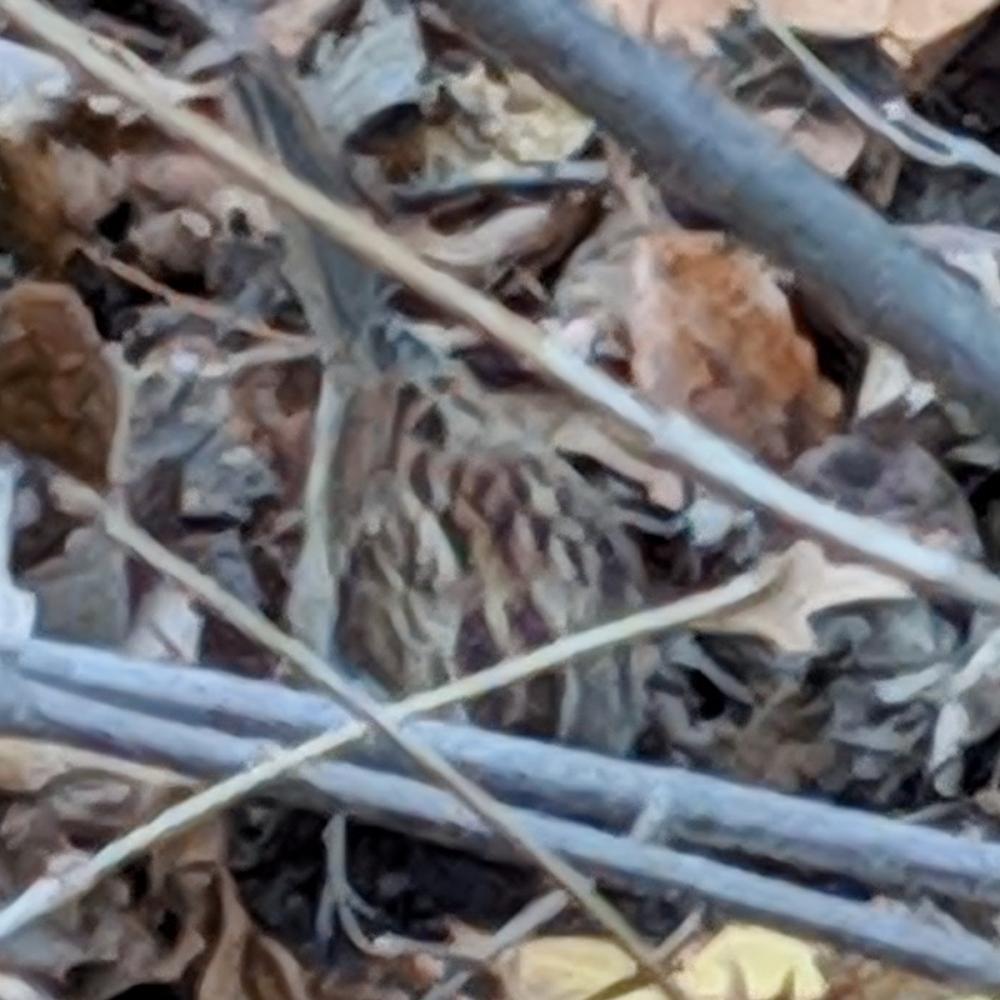 Here are a group of Mallard ducks swimming in a pond. The males have green heads and the females are brownish. There is one bird in the front with black, brown, and light blue plumage that I could not identify. 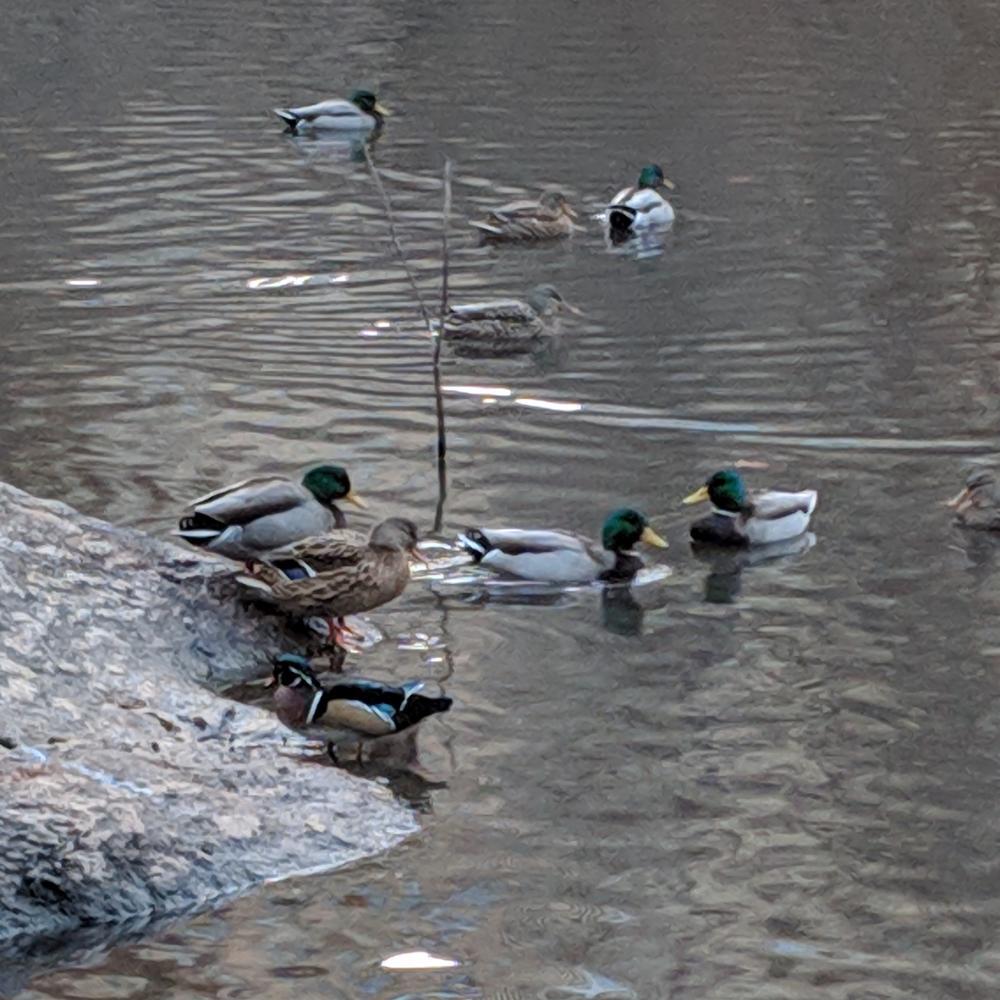 And a special treat: A Mandarin Duck. Normally these are only located in East Asia but for some reason this one recently showed up in Central Park. Not bad for my first day birding. I had heard about the appearance of this bird before going birding but I assumed it was probably in some other part of the park and that I wouldn't be lucky enough to see it. 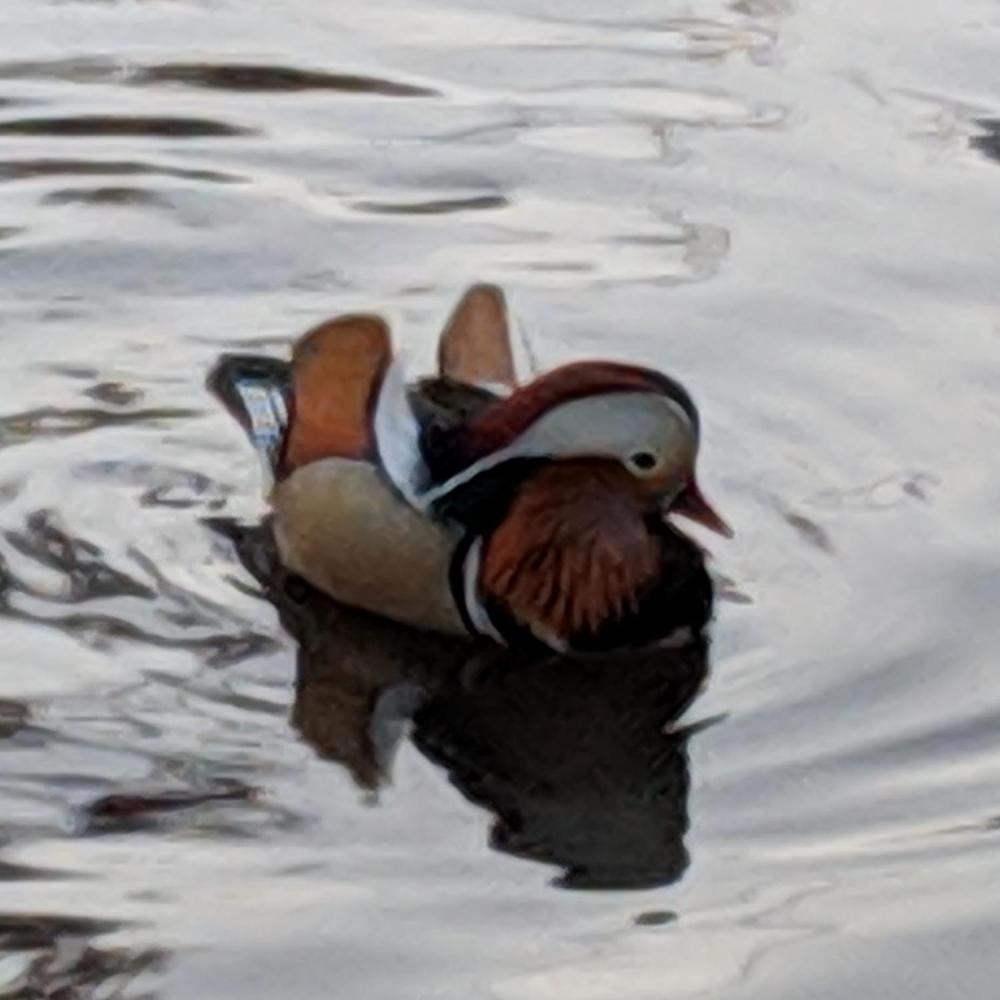 The Mandarin Duck is not believed to have arrived here naturally. Most likely it was someone's pet and somehow escaped or was released. Because of that it seems I'm not allowed to add this bird to my "Life List" of birds I've seen and identified in my lifetime.

Birding seems to me like a less popular and analog version of the Pokemon GO game. The eBird website is setup in a way that allows people to track the birds they identify over time and share the information with others. In a way it has been "gamified," maybe to motivate birders to continue birding. Perhaps birders don't have the same marketing budget to promote their hobby. I would speculate that the Pokemon GO fanatics would have just as much fun birding as they do playing that game. It could easily be just as challenging while also contributing real effort to science.

Unexpectedly I enjoyed doing this. It was a thrill to see the bird in the tree in front of me pictured and named within Ebird's app on my phone. I will definitely do it again in the future.